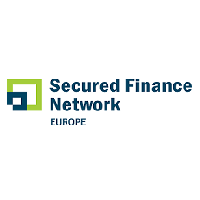 Cross-Border Update: Italy Overcomes Challenges to Win Big and So Can Your Deal

Welcome to Summer 2021 and congratulations to Italy for winning the European football!

The synergies in the sporting world mirror the cross-border business landscape in so many ways. You need a lot of preparation. It is essential to have expertise and experience in your team as this will help to overcome any challenges on the road to a successful closing. Essentially this is what SFNet Europe’s recent webinar discussed.

Moderated by FGI’s Jo Bennett-Coles, the conversation focused on dissecting the continuous implementation of the EU Restructuring Directive as well as current obstacles to getting a cross-border deal over the line and the opportunities and traps that one should be made aware of when doing so. Continue reading to learn more on these ongoing changes and their effects on Asset-Based Lending from a legal perspective with four senior European lawyers in the Netherlands, France, Germany and Spain.

Typically, an ABL lender will be in a senior position so will be protected. There are two key considerations. A restructuring scenario could result in a temporary stay of enforcement or moratorium for up to eight months which could create some limitation. It is likely that an ABL will be able to notify, set-off and reduce availability. Secondly the prohibition of Ipso Facto could impact an ABL. There is still some uncertainty on the mechanics.

July is when everything will be revealed in France as far as the Directive operates. France already has preventative measures in place, but the difference will be the introduction of classes of creditors. The French system already has a stay of enforcement from eight to eighteen months but under the Directive, this could be reduced from four to twelve months. Essentially France will be revisiting a lot of its long-held principles relating to employee rights and protections under the Directive.

An Asset Based Lender is already pretty well covered in Germany. Germany is one of a few EU countries which has already followed through with the necessary obligations under the Directive. Currently, there exists a moratorium on stay of any enforcement measures and during this period a company in financial distress must separate all the assets it has collected. This provides additional protection to the ABL. The Directive is likely to increase some restrictions on multilateral and syndicated facilities so that a company seeking to lift financial covenants, representations and warranties will be subjected to an approval process.

Many EU states will be utilizing the one-year extension period, including Spain. There is already a moratorium in place for four months. This will be extended to twelve months. While the country has concepts and frameworks for resolutions of the collective financing agreements, there are still many aspects that must be worked out especially in relation to first money and new money international lending. This is a great opportunity to change the current rules.

What to Consider when doing a Cross-Border ABL Deal

The major consideration is the Works Council which exists in a company with +50 employees. Asset-Based Lenders must ask for advice from the council before entering into a significant credit agreement.

Reclamation of rights exist – this is similar to Retention of Title (“ROT”) in that any unpaid seller may have reclamation rights which exist in law. In this case, the rights should be treated as ROT and a reserve for any unpaid amounts implemented or a bargain for release of rights be agreed

Really look at the assets to decide which financing option is best. Some assets require so much work. Analyzing the nature of the inventory is a good first step.

An ABL needs to think about the assets. In Germany there is no register of charges so the debtor must tell the ABL about their assets. Security is granted on an asset-by-asset basis, so it is best to sit down with the borrower to review where all the money is coming from and create a checklist of assets. This allows all parties to plan their timeline efficiently.

A main focus for deal making should be the recognition of all of the priorities. Without the change in the insolvency act dealing with first and new money, there are a lot of difficulties that can get in the way of the deal.

A Word from FGI’s Jo Bennett-Coles

No one would disagree that it has been a tumultuous few years for the European Union with the changing and developing legal landscapes, especially impacting financial institutions. The future of the cross border ABL market demands agility in deal structure and certainty of execution. Timelines are getting tighter, and completion is strong. Seize the day!