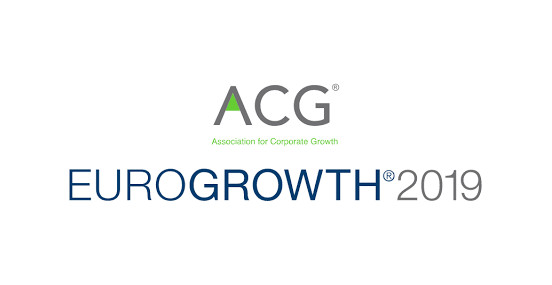 London, June 11, 2019 – FGI’s Jo Bennett-Coles, the Managing Director, spoke at the 2019 ACG EuroGrowth Conference on the 11th of June, held in the Hilton London Bankside. This panel led by Nigel McNelly (the Moderator) had debated, “Private Debt Versus Private Equity: A Financing Debate”.

During a packed two day conference, there was a light-hearted flavor to this session. Billed as a classic “punch up” between debt and equity, this was a quickfire gallop through three case studies which the Moderator, Nigel McNelly put to the contenders. Jo Bennett-Coles of FGI and Thomas Seddon of The Riverside Company had to give stand up pitches to the audience as to why they would be the ideal group to provide financial support in each case. The overwhelming sense before the session was that PE would wipe the floor with debt, especially at such a PE partisan event as is Eurogrowth, but that was not the case. It was a very equitable draw between the contenders on a show of hands from the audience at the end of each debate. Essentially PE has its space as does debt. Both contenders agreed that if they work together, they can produce optimum levels of flexibility in a transaction.

Please fill out the form if you would like to receive either of the below from FGI: