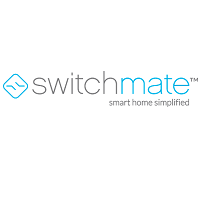 “To say we were impressed with FGI’s abilities would be an understatement. Not only were they able to come in and find us the desired coverage for some of our largest key retailers, but they were also able to increase our coverage percentage at a lower cost. Not only are our premiums cheaper, but we were able to borrow more from our lender, creating additional working capital for our business. As a relatively new company, this is a major turning point for us and we are excited to build off the momentum that FGI ignited, just in time for our busy season.”

Founded in 2014, Switchmate, Inc. is a home automation company that aims to eliminate the installation pain involved in smart home upgrades. Its first product is an app-controlled wire-free smart light switch, where users can control lights, fans, and other appliances from their smartphone.

Switchmate relies heavily on retail for their sales and are featured in several large department stores in the United States. As part of their agreement with their lender, Switchmate was required to have insurance coverage on their customers. Previously, they were working with a large brokerage firm but had gaps in their coverage as their insurer wasn’t extending to specific key department store accounts. This was problematic as these retailers were essential to Swtichmate’s sales. They needed to find a new broker who had the capabilities to find proper coverage for these gaps in a timely manner before their seasonal holiday sales began in the fall.

Switchmate was referred to FGI’s Risk division for credit insurance coverage by their lender, who had previously worked with the company. FGI took the deal out to market to over 10 different potential carriers in order to find the best solution for the client. Problems arose as many insurance companies were not willing to cover the essential large clients, which left few alternatives at increasingly expensive prices.

Due to FGI’s relationships and deep understanding of the market, they were able to find an appropriate lender to fill in the gaps. FGI successfully increase the coverage amount from 60% with the previous lender to 100% coverage for Switchmate. Additionally, these premiums were less expensive than what Switchmate was previously paying. As a result of FGI’s success, Switchmate was able to raise availability with their lender, allowing them to borrow 40% more and creating a large working capital. FGI was also able to successfully close in the desired timeframe, ensuring that Switchmate was covered before their highly anticipated busy holiday season of the fall.